The Robert Bearns and Ron Dexter story, as told by Bearns 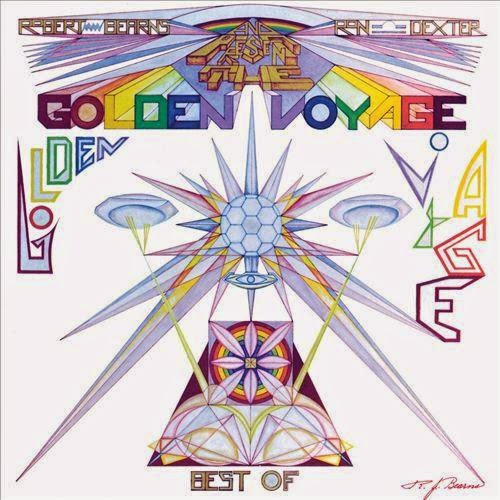 The anthology of pioneering New Age duo Robert Bearns and Ron Dexter's Golden Voyage albums comes out on June 3 from Real Gone Music, so I thought I'd share the Bearns and Dexter story as told by Bearns in the rare 1980s CD reissues of their albums. These CDs sell for high prices on the collectors' market, so not many people have had the opportunity to read Bearns's essay.

Bearns's New Age prose poetry in this piece is wonderfully hyperbolic if a bit repetitive. Bearns, in addition to providing brief and questionable biographies of Dexter and himself, energetically promotes New Age music. He says, "We need to embrace this new form by expanding it and calling forth the emanating light of enjoyment that allows the armature of this magnificent harmonic structure to wing free and unfold the magnificence...."

If you enjoyed that quotation, then read on, because there's more where that came from. The essay also includes the full text of Bearns's poem "Emotion" from his book The Awakening Electromagnetic Spectrum, although the line breaks are different. All six of the Golden Voyage CDs had the same liner notes, and here they are, verbatim, with all of the odd capitalization and punctuation intact:


THE GOLDEN VOYAGE
Created by the writing and composing team of
ROBERT BEARNS and RON DEXTER. 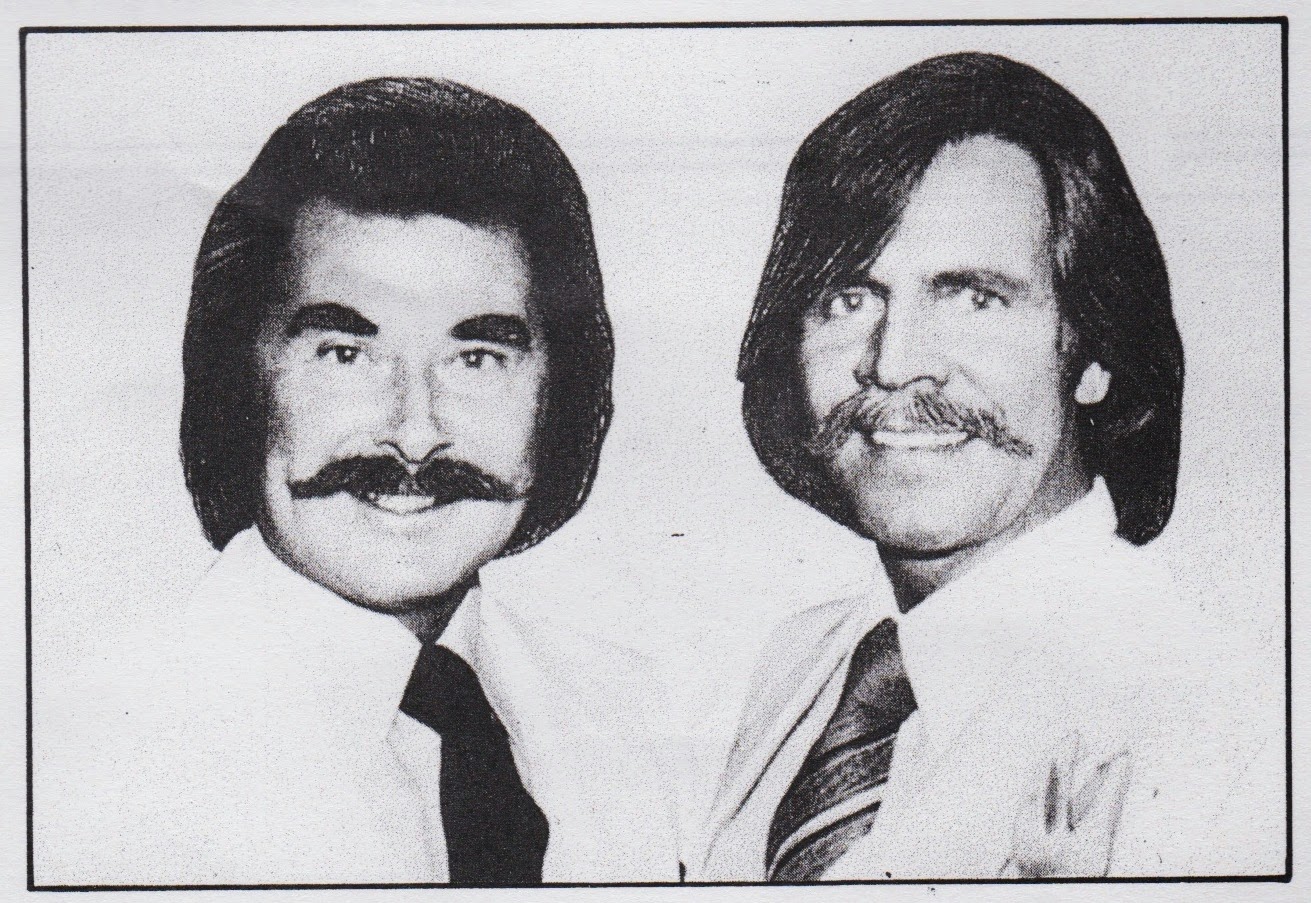 Fly the Crystal Carousel through a Temple Garden, while a tapestry of delicately-woven melodies aloft you into the Quasars.

THE GOLDEN VOYAGE Music Series
is an adventure . . . a journey . . . a discovery . . .
a now experience, where time stands still!

THE GOLDEN VOYAGE Experience is a gift, extended out of a lifetime of the creative endeavors of Bearns and Dexter. Both shared an adventurous quest, beckoning them forward to journey into the unknown . . . to discover the Light emanating from within the Garden of Enchantment.

Robert Bearns and Ron Dexter are recognized as two of the world's leading pioneers of New Age music in the contemporary marketplace for their GOLDEN VOYAGE Music Series. But what is New Age music? It's a feeling, a heralding of celestial harmonic structure. It's the quantum leap crossing over the rainbow bridge, awakening an all new fourth dimensional horizon. It's that wonderful emotional feeling of oneness, peace, and serenity with our inner voice . . . the voice of spiritual dimensional belief, stimulating the listener to a higher creative potential. It's love in cosmic action.

Bearns and Dexter are spiritually aware of the quantum leap necessary in fathoming a harmonic structure uncontaminated and timeless, presenting originality to their listeners. Timeless music levitates the listener as the Mona Lisa does the observer.

a 21st Century renaissance man, has achieved worldwide recognition as a philosopher, poet, artist, entertainer, and creative musical sound engineer. A California native, Robert graduated from Chiounard Art Institute, and then decided to pursue a musical theatrical career. This path led to great success with two Broadway shows, a contract with Desilu Studios, a worldwide singing tour with Johnny Mathis, and numerous guest appearances on television and radio, concert tours, and the night club circuit.

Robert . . . reached out to touch the golden ring . . . on a carousel of cosmic encounters. As a flower child through the years 1967–68–69, Robert, an Aquarian, experienced a spiritual awakening that catapulted him into 21st Century New Age enlightenment, flowing forth THE GOLDEN VOYAGE Music Series with his writing and composing partner Ron Dexter, who was also beamed aboard at the same time. Robert, the storyteller of timeless dreams, has authored the beautifully illustrated book "The Awakening Electromagnetic Spectrum," meaning the awakening light, which has been nominated for the Pulitzer Prize in Contemporary Verse and Poetry. Robert is chairman of Awakening Productions, Inc., producer of THE GOLDEN VOYAGE Music Series.

"Music, more so than ever before, plays a dramatic role in our lives. Worldwide we hear our contemporary composers awakening the seed of understanding, love's oneness . . . the truth hides not from those who seek its awareness. A universal voice beckons, needing to be properly collaged and sifted . . . a forward road held open, not only to the young." 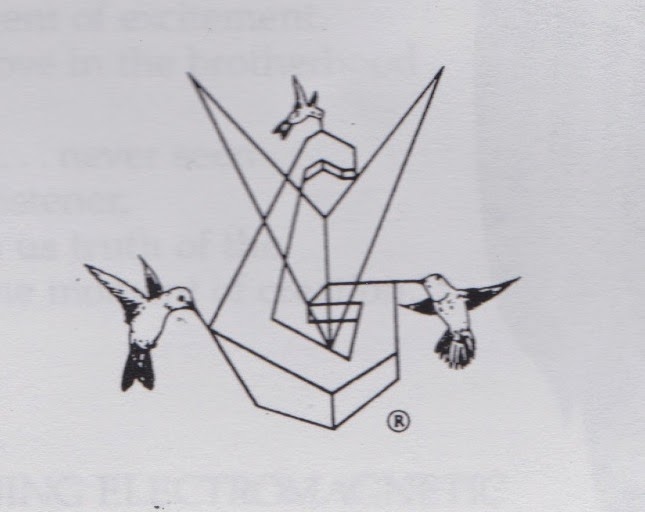 For many years, Robert and Ron traveled around the world, exploring, probing, searching. Through their travels, they discovered the Lost Chord . . . the vital link of communication between all peoples, regardless of age, race, color, or creed. They discovered that the key to that communication was the voice of love and sincerity in universal music. From that moment on, Robert and Ron focused all their creative energies and attention on creating a universal, spiritual dimension so that everyone could participate in this communication. The vehicle they chose to fly upon was music, which gained worldwide recognition as THE GOLDEN VOYAGE Experience.

"Any set of good musicians can play the
composition but that's not where it's at.
The emotion is the ingredient that
cannot be written down.
It's the unheard smile or laugh,
sung by one face unto the other,
at the very moment of excitement.
Acceleration of love in the brotherhood
of achievement
that sings aloud . . . never seen
only felt by the listener,
that which gives us truth of the
spontaneity of the moment of creation."*

When you discover your timeless space within the harmonic structure, not only will you be a GOLDEN VOYAGER, homeward bound, you will also truly understand the raptures created just for you.

New Age music is timeless music which has its longevity from within the listener. We need to embrace this new form by expanding it and calling forth the emanating light of enjoyment that allows the armature of this magnificent harmonic structure to wing free and unfold the magnificence, the pure form, leaving this interpretation of wonderment to the beholder.

THE GOLDEN VOYAGE Experience . . . a brighter vision of the here and now. Energy in Rhythm . . . Rhythm into Light.

a Libra, is a visionary composer of the New Age, born with the gift of music and adventure. Gifted by the masters, he was guided through a well-foundationed musical experience, including years of study at Carnegie Hall, etc., appearances in seven Broadway shows and numerous television specials, and extensive night club circuit and concert tours. Ron is recognized as a shining light in celestial harmonics . . . with the ability to fathom the range of orchestral sounds and the boundless world within the digitalized, synthesized spectrum knowing that the wonders to behold in music—in this our time—are Pure Light. He offers the listener, as a composer and arranger, a joyous freedom, a tapestry of harmonic simplicity and timeless enchantment.

Ron Dexter's contributions have been received with heartfelt appreciation by such artists as Henry Mancini, Burt Bacharach, and David Rose. The honor of two Presidential appearances at the White House have been bestowed upon him by Presidents Kennedy and Johnson. His collaboration with writing and composing partner Robert Bearns has proven to be a marvelous New Age adventure, unfolding a timeless discovery, this united energy resulting in THE GOLDEN VOYAGE Experience.

Time is but a fleeting moment winged upon the breath.
Behold the wonders of Shangri La, the flowering forth of
mankind, THE ELECTROMAGNETIC SPECTRUM,
the Light Body . . . the timeless traveler.

Millions throughout the world are listening to THE GOLDEN VOYAGE Experience. Robert and Ron highly recommend, whenever possible, the intimacy of headphones for their listeners, a fulcrum balancing between the right and left hemispheres of the brain, which can yield forth an isotonic, altered state of ecstasy, allowing THE GOLDEN VOYAGER to experience through the past, present, and future, becoming one with the avant-garde renaissance of one's own experience, a 21st Century adventurer. Reach out. Expand your library of creative endeavors. THE GOLDEN VOYAGE offers you, the listener, a loving kindness, knowing that you should always be the pilot of your own dimensional lightship. The key to music is ours to turn, jus as love is ours to embrace. He who seeks the golden ring must reach for it. 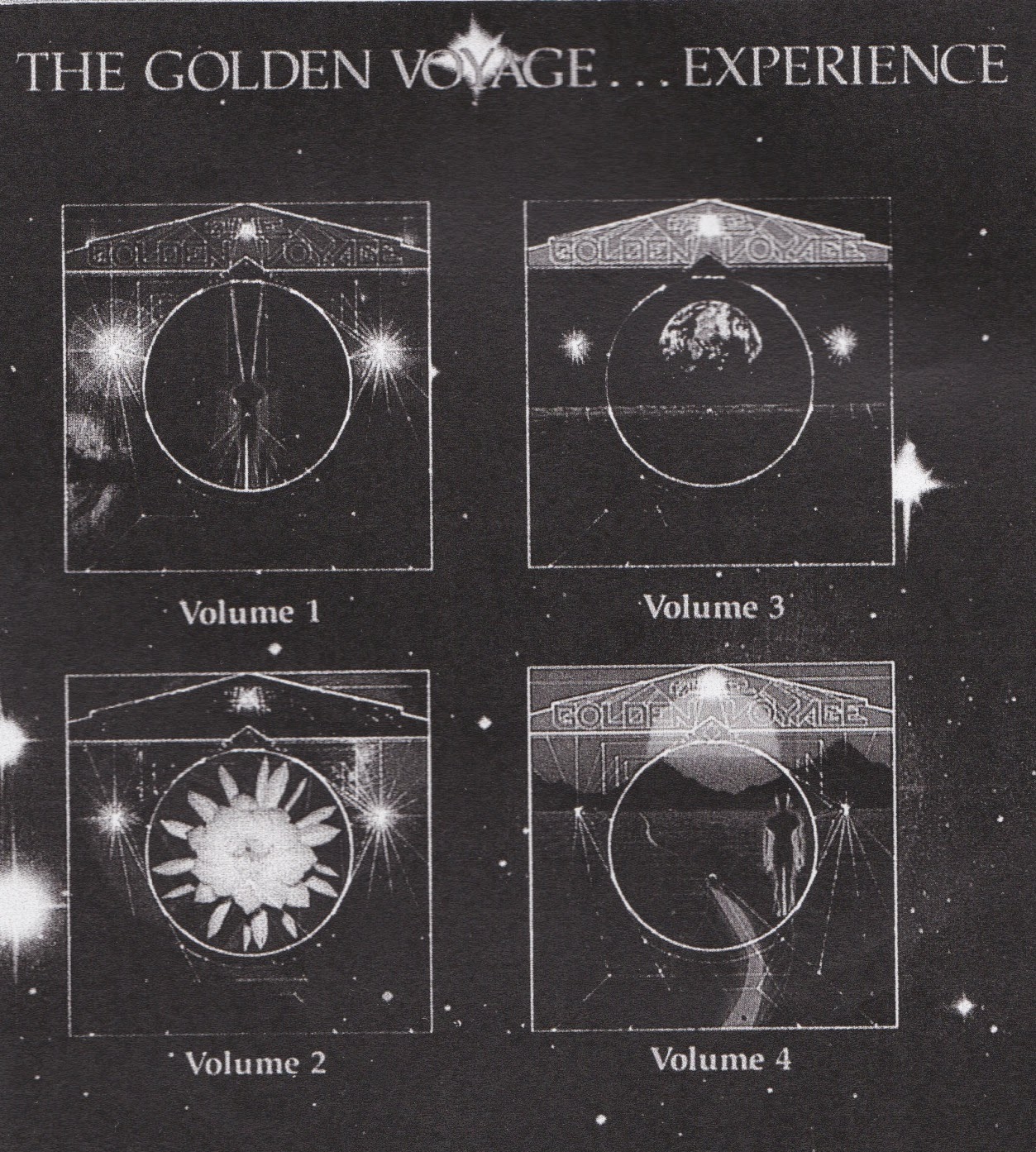 Music is expanding worldwide to fill a need, a channel for expression, providing access to new experiences, removing stress, tension, and hypertension from a world's nervous system confronted with the daily shock of burnout. Robert and Ron believe that mankind is now awakening out of a metaphoric dream of bewilderment, into a spiritual union of universal oneness, a heralding of untold creative opportunities, a 21st Century celebration of the festival of Light, welcoming the children of the world to a brighter vision of the here and now. Let the music live with the children of the world.

Even the leaves upon a tree can by lullabied by the wind, but to hear them singing . . . now that's another story for another time.

Robert Bearns and Ron Dexter
Posted by Greg Adams at 7:17 AM