Betty Smith's "Hand Jive": The hit that never was 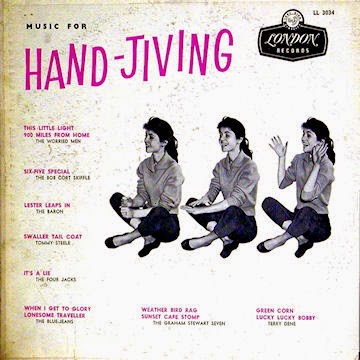 The hand jive was supposed to sweep the nation in 1958. The clapping game, which originated in England and was later depicted in the film Grease, was "destined to become the biggest teenage fad in the history of the record business."

So said London Records, the label that released the original version of "Hand Jive" by the Betty Smith Group. Billboard reported that Smith's "Hand Jive" was the hottest selling record in Denver at one point, and London's ads said that one spin of "Hand Jive" in New York had elicited over 1,000 inquiries from listeners. 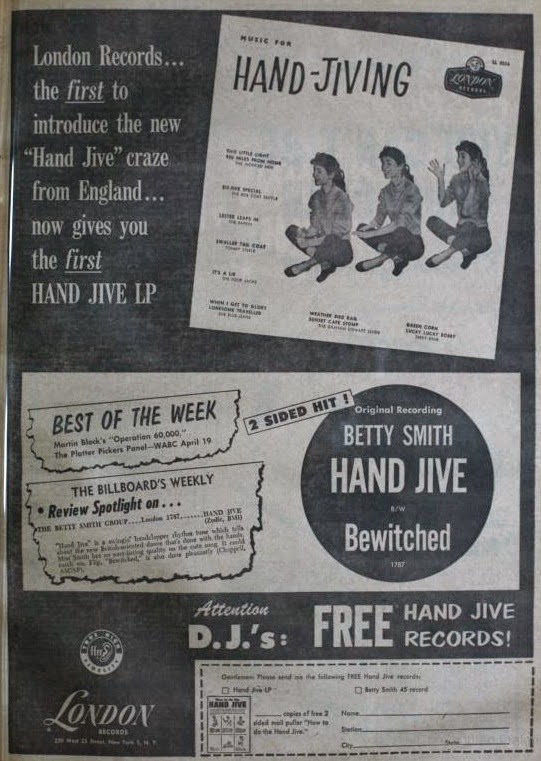 London promoted the record heavily, taking out full-page ads in the trade magazines to offer DJs free records and free instructions on how to do the hand jive. The clapping game was said to be a great alternative to dancing in spaces where "the dance floor is too crowded" or "where dancing is not allowed." The label issued an entire hand-jive album by Betty Smith, Music For Hand-Jiving, which was accurately billed as the "first hand jive LP." 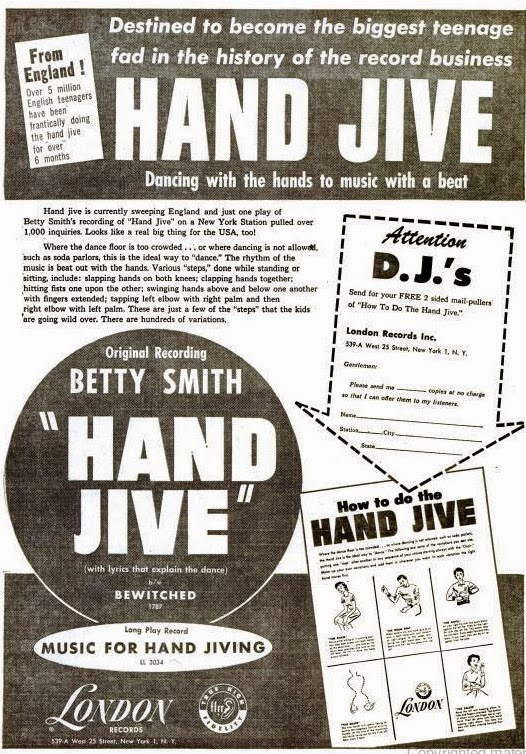 Smith sang the lead vocal on "Hand Jive," but—despite all of these promotional efforts on behalf of the hand jive—American DJs flipped her record and played the instrumental B-side instead. The B-side was a smoky saxophone version of the song "Bewitched," a tune from the 1940 musical Pal Joey that was originally known by its full title, "Bewitched, Bothered and Bewildered." The song had been a hit for several artists in 1950, including Doris Day and Gordon Jenkins. Somewhat surprisingly, Smith herself was the saxophone soloist on her group's rendition of "Bewitched." The record reached #51 on the Billboard Hot 100.
A competing hand-jive song, "(Six-Five) Hand Jive," was released in two versions: one by Don Lang & His Frantic Five and one by the Show Brothers. Both groups were British. Neither of these records were hits either.

It would take an American act, Johnny Otis, to break through with a hand-jive song. That song, "Willie and the Hand Jive," was a Top 10 hit on the pop and R&B charts in 1958. Eric Clapton put the song in the Top 40 again with his 1974 remake.

As for Betty Smith, she released a few more singles on London, but none were hits in England or the United States. Malcolm Lockyer was the musical director on Smith's early recordings, and she continued to work with him into the 1970s. In 1974, they released an album titled I'm Old Fashioned on the British label Contour Records, which specialized in easy listening and budget recordings. 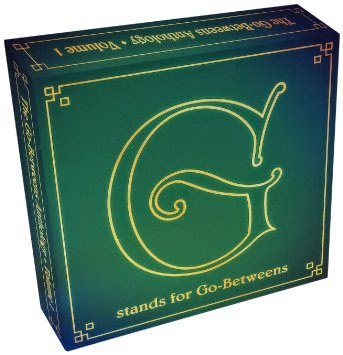 G Stands for Go-Betweens is a lavish—and expensive—four-LP and four-CD box set from Domino Records that compiles the first five Go-Betweens singles, the first three Go-Betweens albums, a live set from 1982, three discs of rarities, and a thick booklet that Robert Forster wrote. (The first 600 copies included books from the library of the late Grant McLennan, and Music Weird is compiling a list of those titles here.) Despite the deluxe presentation, a number of listeners have noted speed problems on some of the tracks. This post will provide details on the tracks that need speed correction.

Archie Moore's review on Sound It Out from January 25 noted the speed problems:


All of the non-single material from the 1999 release 78 ‘Til 79: The Lost Album appears here, but it’s significantly slower than on that CD, sounding slightly sluggish and tuned-down (i.e. it seems that the slower speed is incorrect and accidental, a tape transfer error, not a correction). It is possible that this has been addressed and/or fixed since I got the digital review copy.

This problem hasn't been addressed, because my standard release copy has the same problems.

The songs from The Lost Album aren't the only ones that sound slow, though. Here's the breakdown: 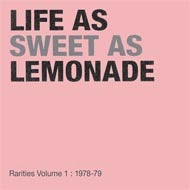 Life as Sweet as Lemonade
Tracks 3-22 are slow 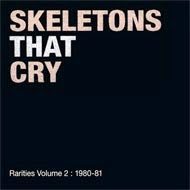 Skeletons That Cry
Tracks 7-11 are slow


I haven't heard from Domino Records yet about whether these CDs will be remastered to correct the speed problems. At the very least, the downloads for purchasers should be corrected, but the best possible outcome would be for the affected discs and LPs to be remastered and replaced. Considering the price of the set and the attention to detail that otherwise went into it, these problems are surprising and upsetting.

If you have additional comments about the speed issues on G Stands for Go-Betweens or run across additional reviews that mention them, please let me know and I'll add them to this page.

Another review has noted the speed issue. This is from Boston Hassle:

Previously heard selections appear here at significantly slower speeds, which begs the question as to whether the Lost Album contained sped-up mixes to make the band sound more sprightly, or if this box set contains slowed-down mixes. Because there can be no logical reason for the latter, we must conclude that we are now hearing the Go-Betweens’ earliest demos at their original speed, and it’s not a flattering discovery. 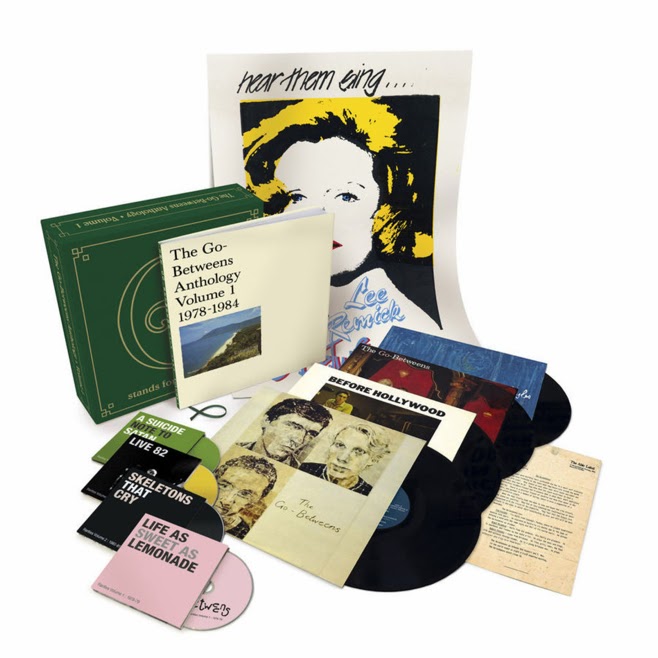 The first 600 copies of Domino Records' limited-edition Go-Betweens box set G Stands for Go-Betweens: Volume 1 and the first 400 copies of G Stands for Go-Betweens: Volume 2 included books from the library of Grant McLennan, who died in 2006. I'm using this page to compile a list of the books that buyers received. If you are one of the lucky fans who received one or more of Grant's books, please send the authors and titles and I'll add them to the list.

These titles include the three books I received with my copy of the first volume as well as titles that have been posted on go-betweens.net, stevehoffman.tv, Twitter, and Right Here: The Go-Betweens Appreciation Society group on Facebook. 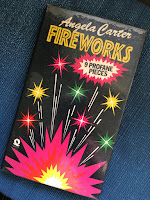 One of my three books was Fireworks by Angela Carter. I was excited to get it, because Grant wrote a song titled "Angela Carter" for the 1995 Jack Frost album Snow Job. The book is signed by Grant and dated 1982. Grant must have kept his books in alphabetical order by the authors' last names, because a lot of people have received bundles of books by authors whose last names start with the same letter.

People are finding interesting things inside Grant's books. Many of the books, like my Angela Carter one, are signed and dated by Grant. Photos, receipts, and tickets have also been found. For longtime Go-Betweens fans, it's a magical experience to hold these little scraps of Grant's life.