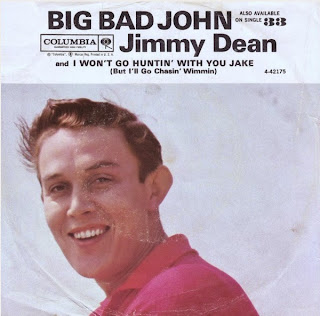 Jimmy Dean's "Big Bad John" has to be one of the most parodied songs in the history of popular music. It spawned more answer songs and spoofs than any other song I can think of. The song was even made into a movie.

The original release of "Big Bad John" concluded with Dean saying, "At the bottom of this pit lies one hell of a man." That kind of salty language didn't sit well with some radio stations, so a second version was released in which Dean says, "At the bottom of this pit lies a big, big man." After it was cleaned up, the single topped the pop chart for over a month in 1961.

Today on Music Weird, we'll look at the many songs that "Big Bad John" spawned. Chart positions are from Billboard unless otherwise noted.

"My Big John" is an anemic early performance by West on an answer song to "Big Bad John" that tells the story from the standpoint of Big John's Cajun queen.

This parody of "Big Bad John" tells the story of small, sad Sam, a puny weakling who saves himself and leaves everyone else to die in a tragic elevator accident. The following year, McLean released "Big Mouth Bill" on the same label, and although it isn't quite a parody of "Big Bad John," it's obviously derivative of it.

This R&B cover of Phil McLean's "Small Sad Sam" was recorded by Motown founder Berry Gordy's brother, Robert Gordy, under the pseudonym Bob Kayli. No video, but you can listen to a sample here.

Another parody, this one tells the story of a football player named Bad Dan. The video used to be on YouTube but has been removed. 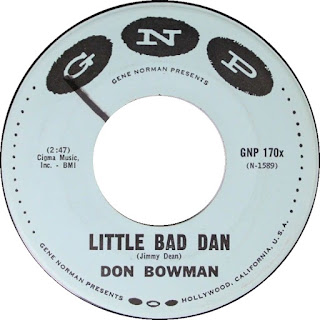 Little Herbie isn't big and bad—he's a skinny little guy. The B-side was "Theme from Little Herbie" by the same songwriters.

Des O'Connor is an English comedian and vocalist who charted several singles in England in the late '60s and early '70s, including the #1 hit "I Pretend." His politically incorrect "Big Bad John" parody, "Thin Chow Min," wasn't one of his hits.

Anderson's intro to "Sweet Sidney" is very similar to the one later used in "Big Bruce." This was the first of numerous gay parodies of "Big Bad John." The excellent Queer Music Heritage website has a discography of gay-themed "Big Bad John" parodies.

Jimmy Dean's first sequel to his own hit shifts the focus to John's Cajun Queen.

This isn't a parody or an answer song—it's just a straight cover. But "Big Bad John" seems like a strange choice of repertoire for a pop diva like Patti Page, so I included it.

Another gay parody that was included on early pressings of the LP Homer and Jethro at the Convention. 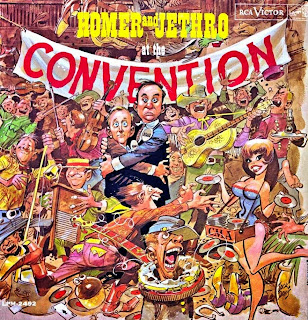 From the 1962 Four Saints album The Many Sounds of the Four Saints. No audio. 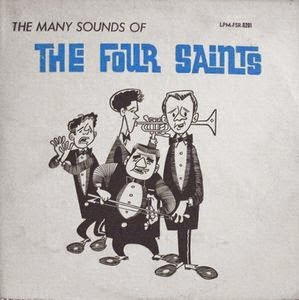 Sherman wrote an obscene parody of "Big Bad John" that he performed but never recorded. It has been written about a few times. Billboard mentioned it in its Nov. 3, 1962, issue, and AllanShermanBiography.com devoted an entire post to it and included a snippet of lyrics. 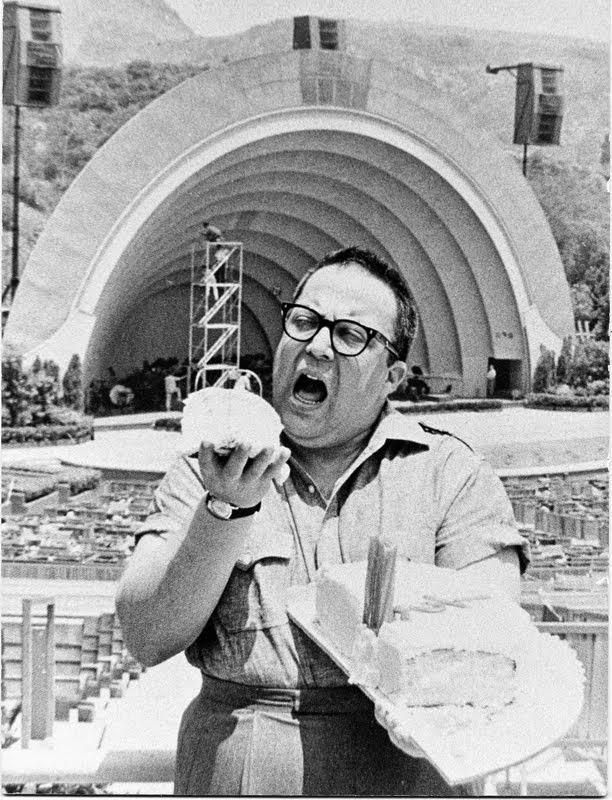 This no-frills recording tells the tale of Bad Breath Carl, whose breath is so bad it causes a mine disaster. The song concludes with a terrible pun.

A New Zealand release about rugby player Don Clarke. Lyrics and a snippet of audio here. 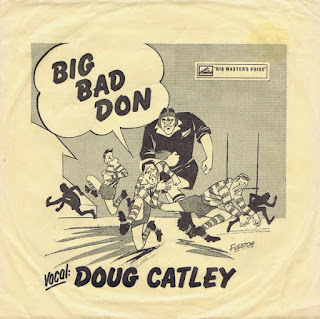 The original version of "Big Bruce" seems to borrow from Casey Anderson's "Sweet Sidney," heard earlier in this post.

A strange Vietnam War-era parody about a grotesque woman who fights the Vietcong. The flip-side, "The Medic," is also a Vietnam-themed tune but serious.

Steve Greenberg's hit version of "Big Bruce" was issued twice with alterations to the lyric. It barely inched into the Hot 100.

The parody by Ben Colder, AKA Sheb Wooley, is similar to Homer & Jethro's version. 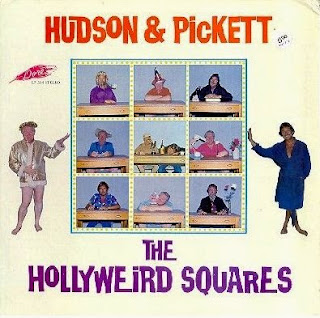 A lackluster remake of the Country Gentlemen/Steve Greenberg tune.

I couldn't find audio of Erickson's 1975 recording, but here's a video of him performing it live in 2009. This parody is about a cat, like Marvin Rainwater's "Tough Top Cat," which is quoted toward the end. The original version appears to be available on the CD Then, which is available at roderickson.com. 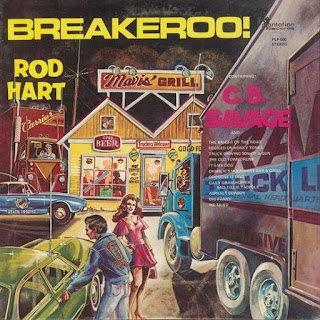