One of the most spectacular pivots from a terrible idea to a great one occurred with this short-lived Wisconsin record label that was not only called Swastika Records but also prominently featured a swastika symbol in the logo.

Existing for only two months in 1959, the label was an imprint of Jim Kirchstein of Sauk City, Wisconsin, and became a longstanding source of dismay to Kirchstein, who later believed that the FBI investigated him because of it. Turning lemons into lemonade, Kirschstein quickly abandoned the Swastika label and renamed it Cuca Records, which—as many oldies fans know—became the center of regional independent music making in Wisconsin and achieved national fame with artists such as The Fendermen, whose "Mule Skinner Blues" was a Top 5 pop hit in 1960.

But we're getting ahead of ourselves. First came Swastika Records, which Kirchstein says he innocently, if naively, named in recognition of the large German-American population in Wisconsin and in reference to the traditional meaning of the swastika as a symbol of good luck. He explained his rationale for the name in Gary E. Myers' book Do You Hear that Beat: Wisconsin Pop/Rock in the 50's & 60's:

'That was a very dumb thing I did,' said Kirchstein. 'This was in the 50's and the horrors of World War II were just 15 years before that. I had the idea of creating a series of German related type music and the swastika was basically a symbol of good luck, a symbol of the sun.'

Swastika Records endured long enough to release only two singles: one by the Midwest Ranchers (Swastika 1000) and one by Willy Tremain's Thunderbirds (Swastika 1001).

The Midwest Ranchers were a country combo with a trumpeter, and their Swastika single was the only record they released. (Steel guitarist Leroy Gilbertson later released a solo single on Cuca in 1962.) The Midwest Ranchers' single contained remakes of the Gene Autry and Smiley Burnette song "Riding Down the Canyon" and Carl Smith's 1950 country hit "I Overlooked an Orchard." Kirchstein paid RCA's pressing plant in Chicago to manufacture 300 copies. 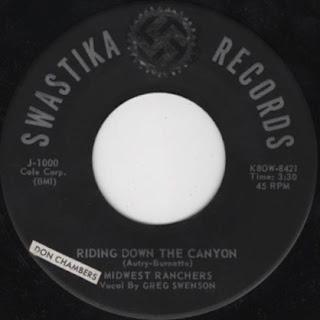 In this label image from Discogs, someone tried to black out the swastika symbol with a marker!

Swastika's other single, the rock 'n' roll instrumental "Midnight Express" by Willy Tremain's Thunderbirds, was again pressed at the RCA plant in an initial batch of 300.

The record was a good seller, so Kirchstein went to RCA to press another batch of 300. This time, RCA raised objections to the label's name and logo:

...[A]fter he placed an order for more copies of the release, his RCA contact, Bill Leonards found a problem with the records. The original label name chosen for Kirchstein's releases was Swastika and the records' paper labels included the symbol in their artwork, causing workers and management at the RCA facility to feel uncomfortable with the Nazi association. Kirchstein maintained that he chose the Swastika insignia because the large German population of Sauk City considered it a good luck sign. He had no intention of conjuring up pro-Nazi sentiments through his record business. (In later years, he believed the FBI investigated his activities based solely on this "dumb thing" he did.) Impulsively, Kirchstein decided while on the telephone with Leonards to rename his business Cuca, the nickname of his wife's Mexican-American cousin from Los Cusas, New Mexico.[1]

With the founding of Cuca Records, the Swastika name and logo were abandoned, and Willy Tremain's Thunderbirds became the first artist on Cuca, with the spelling of Tremain's first name changed from Willy to Willie.

In its entry on Tremain, Gary E. Myers' second book on Wisconsin music, On that Wisconsin Beat: More Pop/Rock/Soul/Country, contains a follow-up anecdote about the Swastika label:

In 1995 [Tremain] obtained several copies of his 36-year old disc. 'We used to hire these kids to sell the records at our dances,' he explains. 'A few years ago my brother ran into one of those guys who still had a box of autographed copies on Swastika.' Jim Kirchstein laughingly said he wanted to get them and burn them - Jerry Osborn's 1999 price guide listed the disc at $200-$300.

By the way, any music lovers who are interested in Myers' highly informative books on Wisconsin music of the '50s and '60s should visit his website where he's offering both of them at clearance prices. 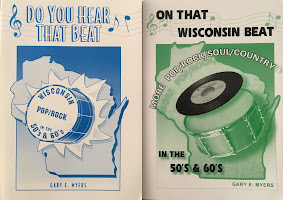 Posted by Greg Adams at 8:20 AM No comments: 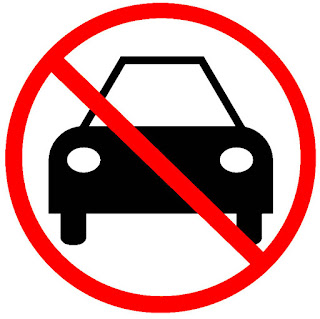 For years I've done most of my music listening in the car while commuting or traveling, but in 2020 I didn't go anywhere, so I had to carve out time to listen to music in a way that I haven't in the past. It was worth the effort.

In the interest of posting this in a timely manner, I'm not going to write about all these tracks individually, many of which are singles and all of which got lots of spins by me this year, but I will mention my three most-listened-to albums of 2020 in order of release: 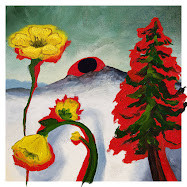 I'm a longtime fan of Woods, but they hit it out of the park with Strange to Explain, their best album since 2009's Songs of Shame in my opinion (although they released a lot of great music in between). I had this playing on repeat all through the summer. 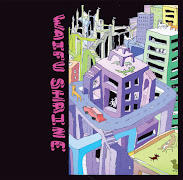 POP has a ramshackle DIY vibe that takes me back to the days of Blackbean and Placenta Tape Club but has plenty of traditional pop songcraft too. Underneath it all, "Spring Arrived Right in Time" is a future pop standard worthy of Tin Pan Alley, and "Toy Keyboard" has one of the best uses of a chipmunk voice since We're Only in It for the Money or even "Martian Hop." 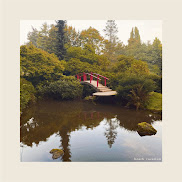 Just lovely from start to finish. It's not as much of a loss that Wild Nothing no longer sounds like Gemini when we have bands like Beach Vacation creating similarly gauzy, dreamy music that is simultaneously nostalgic and new.

Various artists – Iconic Pop Standards in Stereo and Iconic Country Originals in Stereo (full disclosure: I worked on these, but they are pretty amazing)

Finally, a new Cozy Catastrophes track from the last days of the year:

Posted by Greg Adams at 6:58 AM No comments: