Pat Boone was the second biggest rock 'n' roll hit-maker of the 1950s after Elvis Presley and, like Elvis, his name and image were heavily merchandised on items such as this late 1950s Teen Tote record holder, which was manufactured by Aristocrat Leather Products, Inc., of New York.


This vinyl matchbook-style record tote has an illustrated image of Pat alongside a teenaged girl who is dreamily listening to the notes that issue forth from her portable record player. Pat is wearing a shirt with a wild print underneath his red sweater vest. The tote was made in at least three colors: white, blue, and pink.

Aristocrat began using the "Teen Tote" brand name in 1957 for "purses, wallets, pocketbooks and ladies handbags." I suppose that this record holder falls under the definition of "wallet," like the CD wallets that became common decades later. But Aristocrat also made wallets—the kind you keep your money in—with this same Pat Boone design.

The Pat Boone Teen Tote held fourteen 7" 45 RPM records in paper sleeves and included a blank index so that teens could write down which records were stored inside.

The numbered index provided fields for not only the title and artist of each record but also the record company's catalog number, which I'm guessing is something that few teens had previously given much thought to. But it could be fun to meticulously document a growing collection with such attention to detail, right?

Pat, it's worth mentioning, charted almost 40 hits on the Billboard Hot 100 from 1955-59, but so many of them were double-sided hits that teens would need to buy only two Pat Boone Teen Totes to hold all his hit records through the end of that decade.


A similar tote from approximately the same time that seems to be more common, perhaps because it didn't have a licensed image, is the Ponytail® Tune Tote® by Standard Products of Plainsfield, New Jersey. With 14 paper sleeves and an index, it was nearly identical to the Pat Boone tote but featured a generic image of music-loving teens and the "Tune Tote" brand on the front instead of Pat's recognizable face and name. The Tune Tote was available in several different colors and designs.


Another version of the Tune Tote was configured as a vinyl box that could hold more records than the wallet and had a somewhat less teen-oriented image.


Despite their limited capacity, these record totes were a much better storage solution for 45s than those awful metal racks that many people kept their records in without even the protection of a paper sleeve.

Ira B. Wilson, composer of "Make Me a Blessing"

I was surprised to see that Ira B. Wilson, a prolific composer of hymns in the first half of the 20th century, has no biography on Wikipedia and not much biographical information
anywhere.

I noticed this when I was thinking about writing a Mother's Day post about his Mothers of Men: A Mother's Day Service, a sheet music anthology of songs for Mother's Day that was published in 1925. It was one of the earliest musical tributes to Mother's Day, which became a national holiday in the US in 1914.

Wilson's name was familiar to me from browsing sheet music and hymnals. His best-remembered hymn is probably "Make Me a Blessing," which has been recorded by a number of artists and continues to be included in hymnals and sung in churches today.

Ira Bishop Wilson was born on September 6, 1880, in Bedford, Iowa, a town of fewer than 1,500 people just a few miles from the Missouri border. He spent most of his life in Dayton, Ohio, where his publisher, Lorenz Publishing Company, was also located. Founded in 1890 by E.S. Lorenz, Lorenz Publishing still exists in Dayton under the name the Lorenz Corporation.

When Wilson was a youth, his sister taught him to play organ and violin. In the early 1900s he attended Moody Bible Institute in Chicago before moving to Dayton, where he began working for Lorenz in 1905.


In addition to writing and arranging many songs under his own name, he also composed under the pseudonyms Fred B. Holton and Chas. Francis Lane and edited a number of hymnals as well as the magazine The Volunteer Choir. His publisher estimated at one time that more than 1.5 million copies of sheet music for his songs were in circulation.

Wilson's greatest hit, "Make Me a Blessing," was copyrighted in 1924. He cowrote the song with George S. Schuler, who is said to have been a roommate of Wilson's at Moody Bible Institute, although Schuler was about eight years younger than Wilson. Wilson wrote the lyrics and Schuler composed the melody. This article claims that Wilson and Schuler were roommates at Moody in 1924, but we know that can't be true, because Wilson had been living in Dayton and working for Lorenz for almost 20 years by that time. The article tells an interesting story about the song, though:


At first, the song was rejected by musical publishers. Not to be stopped, Shuler [sic] had 1,000 copies printed to distribute on his own. One copy fell into the hands of George Dibble, an outstanding singer who was the music director for the International Sunday School Convention in Cleveland, Ohio. Dibble asked permission to use the song, and it was granted. Soon people everywhere were singing it and publishers were wanting to distribute copies.


Although he's remembered as a composer of hymns, Wilson wrote other kinds of music too in his nearly half-century-long career as a songwriter.

He wrote or cowrote numerous songs for holidays. Apart from the previously mentioned Mother's Day program, he wrote cantatas for Children's Day, Easter, and Christmas.

Under the pseudonym Chas. Francis Lane, he cowrote a humorous three-act musical play, The Minister's Aunt, that was published in 1945 and continues to be performed occasionally.

As for his personal life, Wilson married, had three sons, and died in Los Angeles on April 3, 1950. Either he married twice or some of the biographical information that is floating around is incorrect, because at the time of his death he was said to be survived by his wife Louise, but he's interred with wife Myrta Carolyn Wilson, who died in 1944, in Forest Lawn Memorial Park in Glendale, California. One of his sons, Roger C. Wilson, followed in his dad's footsteps, becoming a composer and editor for Lorenz and the editor of The Volunteer Choir.

Almost 1/3 of a million page views 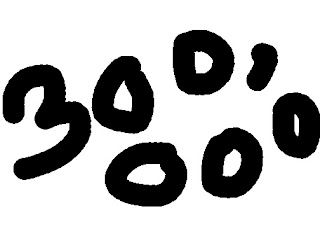 The Music Weird, everyone's favorite disseminator of irrelevant and unwanted music information, reached an impressive milestone this week when it racked up over 300,000 page views.

That's quite an achievement for a music blog that specializes in information that no one is looking for about music that few people care about.

In celebration of this inexplicable milestone, let's look back at some of the least popular posts in The Music Weird's history.

Rebecca Black's "BFF You Make Me LOL": What happened? 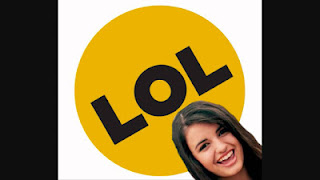 Published in 2015, this incisive work of investigative reporting has garnered only 186 page views. I think that's odd, because I was extremely interested in finding out what happened to the rumored single "BFF You Make Me LOL" by Rebecca Black, who first made pop music history by reaching the Billboard Hot 100 with "Friday," a weird vanity single that was recorded at one of those services where amateurs record hacky songs as part of a vanity package deal. 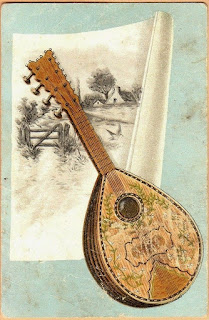 Back in the Victorian era, some companies issued these somewhat interesting trade cards, which were collectable printed cards, kind of like baseball cards but with advertising. I featured some of them that had musical images, like pictures of mandolins and lutes, and the world yawned. This particular post has had merely 177 page views in four years. 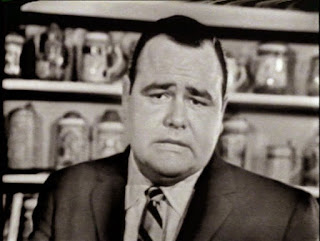 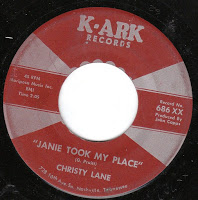 I'll admit that I don't expect anyone to be as interested in Cristy Lane as I am. I've not only written a few blog posts about her but also produced this CD of her greatest country hits. Nevertheless, I was unprepared for the thundering apathy that met this 2015 post about her debut single, which has had only 191 page views. This is alleged to be a record that went to #1 at one radio station in my hometown of Muncie, Indiana.

Tennessee Ernie Ford on the cover of Holiday Inn magazine, 1971 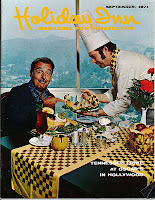 You'd think that the late, great Tennessee Ernie Ford appearing on the cover of the Holiday Inn's in-house magazine that was given away to people who stayed at the Holiday Inn back in the day would generate more interest, but this post about that fascinating and highly collectible magazine issue attracted only 182 views in four years for some unknown reason.

Jerry Springer sings "Save the Terminal" (1973) 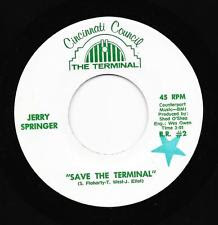 Here's a post that seemingly had it all: Jerry Springer, the host of perhaps the most notorious and salacious daytime talk show, released a weird protest folk song in 1973. I mean, what more could you want? And yet the post garnered only 109 page views in three years' time. I imagine that Springer's final thought on this matter was: WTF?

Way Passed Normal: The "Other" Cassette 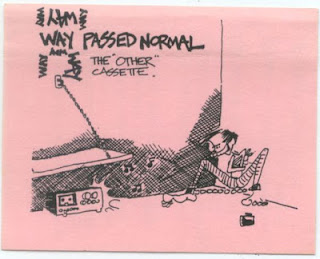 If you're looking for reasons to accuse me of selfishly writing articles that appeal to no one but me, then look no further than this post about an obscure Chicago cassette release that I like for perverse reasons and that few other people will ever relate to or care about in any way for any reason.

There is no moral lesson. I'll continue to write stupid blog posts about music that no one cares about, while three of my old blog posts continue to generate almost a quarter of all traffic. 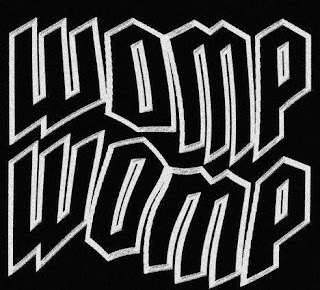 Posted by Greg Adams at 5:56 PM No comments: