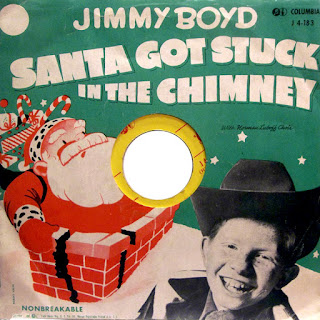 We get it—Santa is fat. Here are ten songs that belabor the point.

This good-natured song about Santa is a welcome relief from some of the mean-spirited tunes that follow.

When Santa gets stuck in the chimney, he has to threaten the children with loss of toys to get them to come to his rescue.

"Too Fat for the Chimney," for whatever reason, is the most widely recorded fat Santa song of them all. Country music kid singer Sunshine Ruby recorded it in 1953, and Teresa Brewer and Jerry Colonna recorded it that same year for the pop field. Gisele MacKenzie revived it in 1957. The song expresses doubt that Santa will be able to perform his occupational duties on account of his excessive girth.

This faux-Calypso tune describes the anguish of a man who would like to dress up as Santa for Christmas but is too fat to portray a character who—these other songs assert—is already too fat.

Leslie Uggams recorded this pretty annoying song when she was about 11 years old. The song has an upbeat message but emphasizes Santa's morbid obesity with its repetition of the word "fat."

An entry in the hula-hoop song craze of 1958-59 (which The Music Weird previously covered in depth here), this novelty features the late, great Thurl Ravenscroft, commonly known as the voice of the Grinch and Tony the Tiger. The song describes Santa's inability to use a hula hoop, and—bringing to mind the proverbial phrase about the glass being half full or half empty—concludes that the problem isn't a too-small hula hoop but a too-fat Santa.

This crude novelty was included on the 2004 compilation A John Waters Christmas, which corrected the misspelling in the song title that can be seen below on the original single's label. The B-side, "Comink Zee Clauski Fattnik," offers more of the same.

I had a hard time following exactly what this dystopian Christmas song is about, but whatever it is, it's not pretty.

Taken from the album Broadway's Greatest Gifts: Carols for a Cure, Volume V. In this song, a group of helpful men offer Santa dietary advice. The song's most alarming disclosure is that Santa has eaten an elf.

Songs about Santa's fatness never go out of style, as shown by this recent recording by Rodney Crowell. Despite the song's bluesy tone and irreverence in referring to Santa as "the fat guy," the song has an upbeat message about the spirit of giving.

Posted by Greg Adams at 5:28 AM No comments: 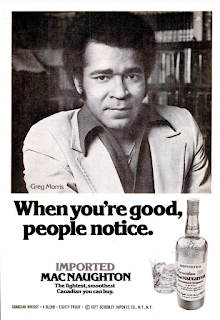 Actor Greg Morris's short-lived recording career is probably an illustration of the power of networking. Morris started showing up at music events in 1968 and suddenly had a recording contract with Dot Records, even though he wasn't a singer or musician.

How do you record a vocal album when you're not a vocalist? It's simple: Don't sing.

On his lone album, Morris doesn't sing a single note—he just recites the lyrics of every song over instrumental backing à la William Shatner, whose debut album, The Transformed Man, was released by Decca Records later in 1968.

Morris was a Cleveland-born actor who began appearing in television shows in the early 1960s and then landed a plum role in 1966 on Mission: Impossible, in which he played Barney Collier, the gadgeteer and technical whiz of the Mission Impossible Force. Despite his extensive television credits, this role came to define him, and he reprised the role on The Jeffersons in the early '80s and in the reboot of the Mission: Impossible TV series in the late '80s. 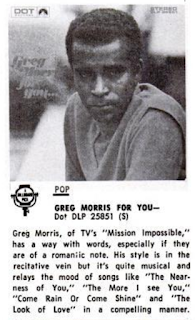 But 1968 is the year of interest to us, because that was the year in which Morris's entire discography as a vocalist was released.

In March 1968, Morris was a Grammy award presenter at the NARAS (National Academy of Recording Arts and Sciences) dinner in Hollywood. I'm guessing that this is when Morris made the connections that led to his record deal.

In May, Jet reported that Dot Records threw a reception for Morris at Toots Shor's Restaurant in Manhattan. Also in May, Billboard reported that: 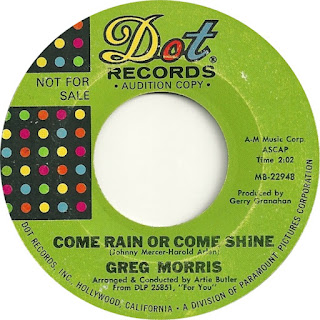 Morris's album, for you..., was a weird album and wasn't a big seller, although Dot promoted "Come Rain or Come Shine" as a single. 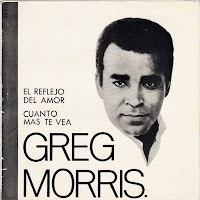 In Argentina, Spanish-language versions of two songs from Morris's album—"El Reflejo del Amor (The Look of Love") and "Cuanto Mas te Vea ("The More I See You")—were released on a single.

Because of the commercial failure of these records, Dot dropped him, and he returned to acting and continued to rack up television credits until his death from cancer in 1996. 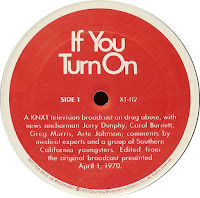 Morris had no commercial recordings after 1968 but appeared on a couple noncommercial albums of PSAs. One was the 1970 antidrug album If You Turn On, and another was an album that promoted the US government's Office of Economic Opportunity Vista program, which also featured PSAs by Pat Boone and Leonard Nimoy.

Click here to listen to Greg Morris's "The Look of Love." 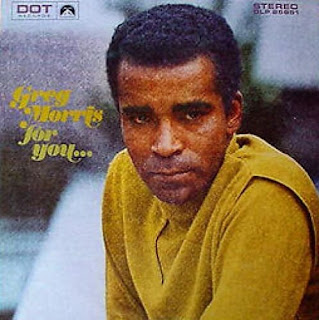 And here for Greg Morris's rendition of "The Twelfth of Never."